The media presented here is of previous Katumba Halloween Parades, with some new elements we wish to bring in 2019 with support from the Arts Council England.

The Katumba Annual Halloween Parade is produced by Katumba Drumming and Movement, an initiative under the BrazUKa International Family.

In its 5th inception, each passing year progresses both in numbers and artistic innovation: in 2018 the Liverpool Echo headlined us as ‘The Northwest’s Biggest Halloween Parade’.

We had over 100 artists involved, performing and engaging audiences through the centre of Liverpool, taking in popular tourist haunts (Concert Sq, Mathew St) and thus adding to Liverpool’s free cultural offering with Katumba drummers, VivaBrasil street theatrics and Bring the Fire Project LED’s.

An audience of around 2,000 people was estimated. 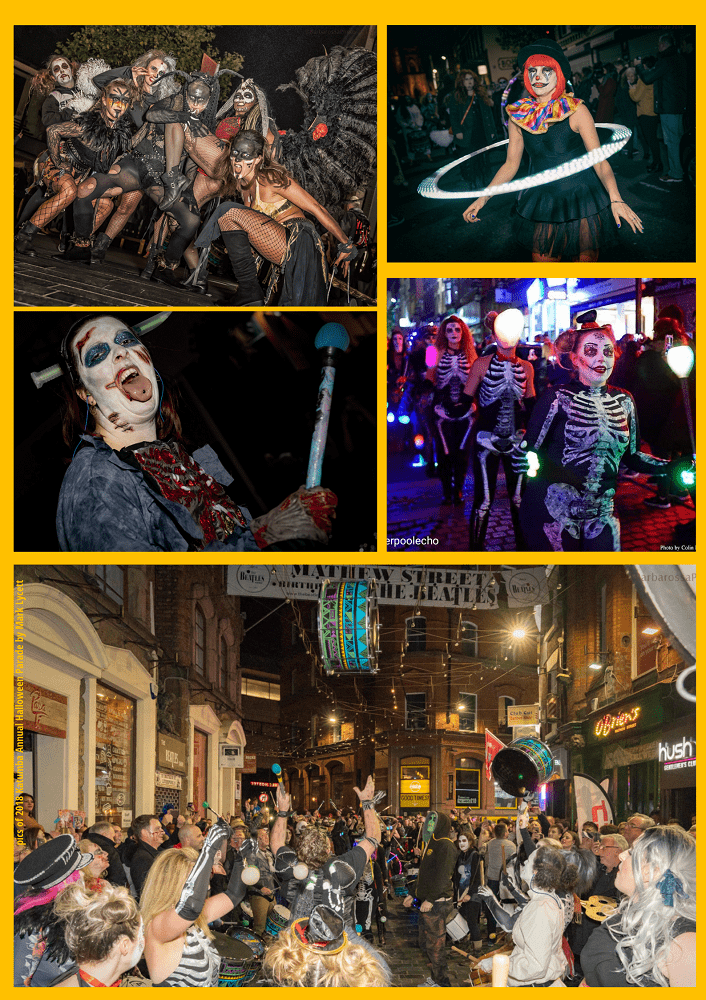 The parade has been self-funded thus far, through Katumba earmarking part of its trade revenue, and in-kind services/performances.

To mark the 5th installment, we will be pushing our Liverpool Halloween Parade to the next level in terms of artistic innovation and community participation:

We will transform Liverpool City Centre into a playground of imagination, inspiring and engaging audiences by creating big, bold, visual shows and performances through unexpected spectacle.

For 2019, Katumba and Creative Director, Juliana Landim, propose to create a unique and immersive show, stepping away from the more ‘Americanized’ Halloween concept of horror, referring back to something more in line with British Celtic Halloween traditions, delivering something simultaneously spooky and exciting, comical and contemplative, the sense of a dream made real, on a gigantic scale advancing the parade from something to be observed, to something completely immersive; a hybrid of visual meets performance meets theatre meets music! 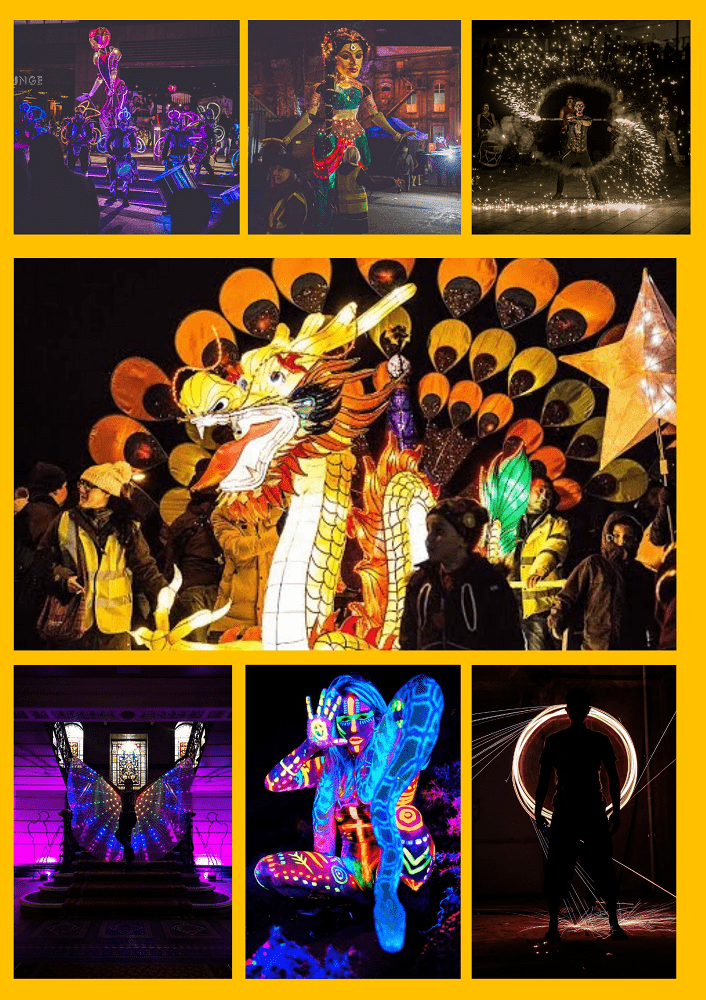 Referring back to British Celtic traditions such as SAMHAIN (it’s not just horror, it’s transformation) and how this relates to other international similar traditions, such as Diwali festival of light in juxtaposition to Halloween; turning to internationally acclaimed events for inspiration such as the MACNAS parade in Galway, and the NEW YORK Halloween Parade.

Inviting young people and organisations we have a relationship with to collaborate on the artistic delivery of the parade, increasing the theatrics element totaling a number of around 200 artists. Whereas so far the only band has been Katumba, we’re proposing to welcome other musicians from Lancaster, Count Durham, and Hebden Bridge. In addition, to expand on the ‘lights element’ added for the first time last year in collaboration with BTFP (with great reception from the public), we’ll be bringing more light artists, adding lights to the drums and including lanterns.

We also intend to partner with LJMU & LIPA (where we currently deliver workshops for students and staff, as well as performances) so students can gain working experience in our organisation and all the art forms we provide; music, visual arts, costume making, stage make up and more.

Last but not least, leading up to the parade, we will deliver a programme of workshops in our Katumba Culture Hub in Toxteth for the community, with participants of all ages learning and producing pieces of work that will be part of the parade (lanterns, puppets, drumming, theatre, dance).

We will then bring elements of the parade to Windsor St. in the following week to coincide with mischief night: engaging young people in a positive activity while briging a sense of pride and identity to the local community; exploring international and cultural links by relating to others through a celebration of their own neighborhood and culture.


Added over 2 years ago 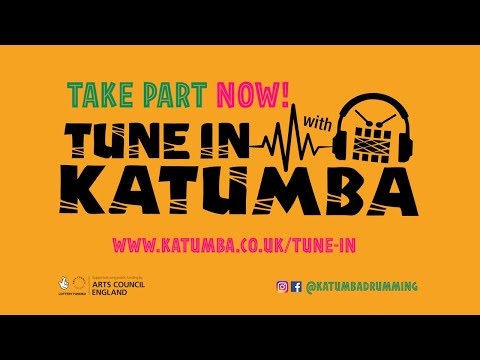 New Digital Creative Project: Tune In With Katumba
Find out more from Juliana, Ritchie and Leigh about how YOU can get involved our newest digital music project “Tune In With Katumba“: learn to drum, move, compose and create online! GET INVOLVED You have until Monday 25th to: #1-take a photo of you holding a signboard showing a word that makes you excited about #LifeAfterLockdown. It […] 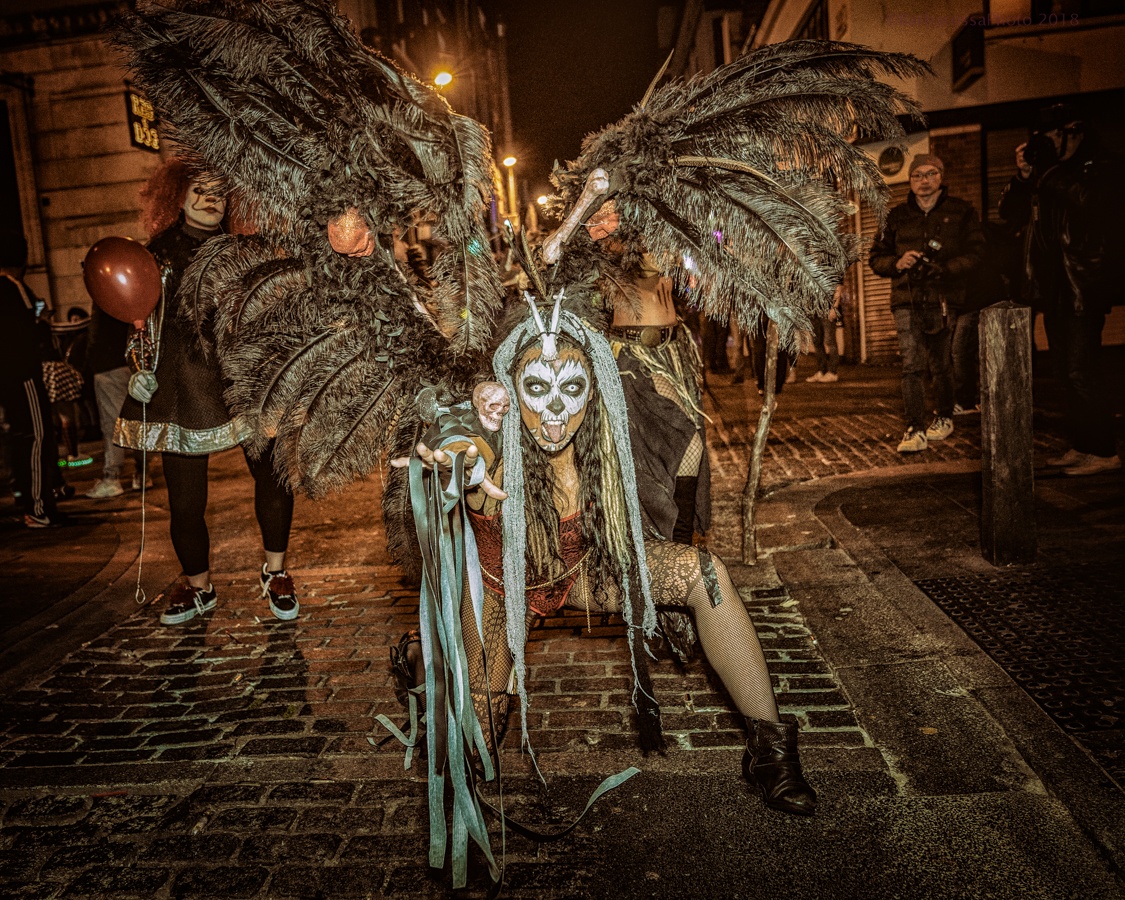 Katumba Halloween Parade and Community Events
2019's Katumba Halloween parade was our biggest yet! With Arts Council England funding - over 200 performers transformed Liverpool into a playground of imagination! 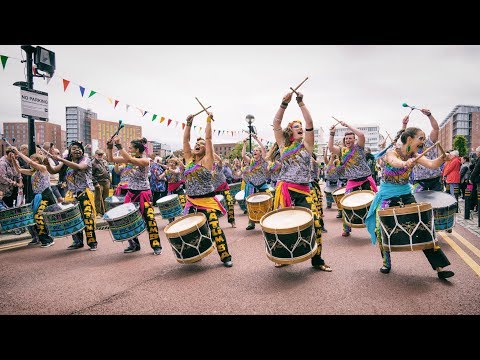 KATUMBA | Positive Community Impact
Katumba Crowdfunder: with a new van we can continue to bring our rhythms and positivity to people’s lives up and down the country!

Added
Warning: Use of undefined constant days - assumed 'days' (this will throw an Error in a future version of PHP) in /homepages/37/d888656532/htdocs/clickandbuilds/Katumba/wp-content/plugins/kws-band-magic/includes/kws-video-tube/assets/php/videotube-output.php on line 326
over 4 years ago 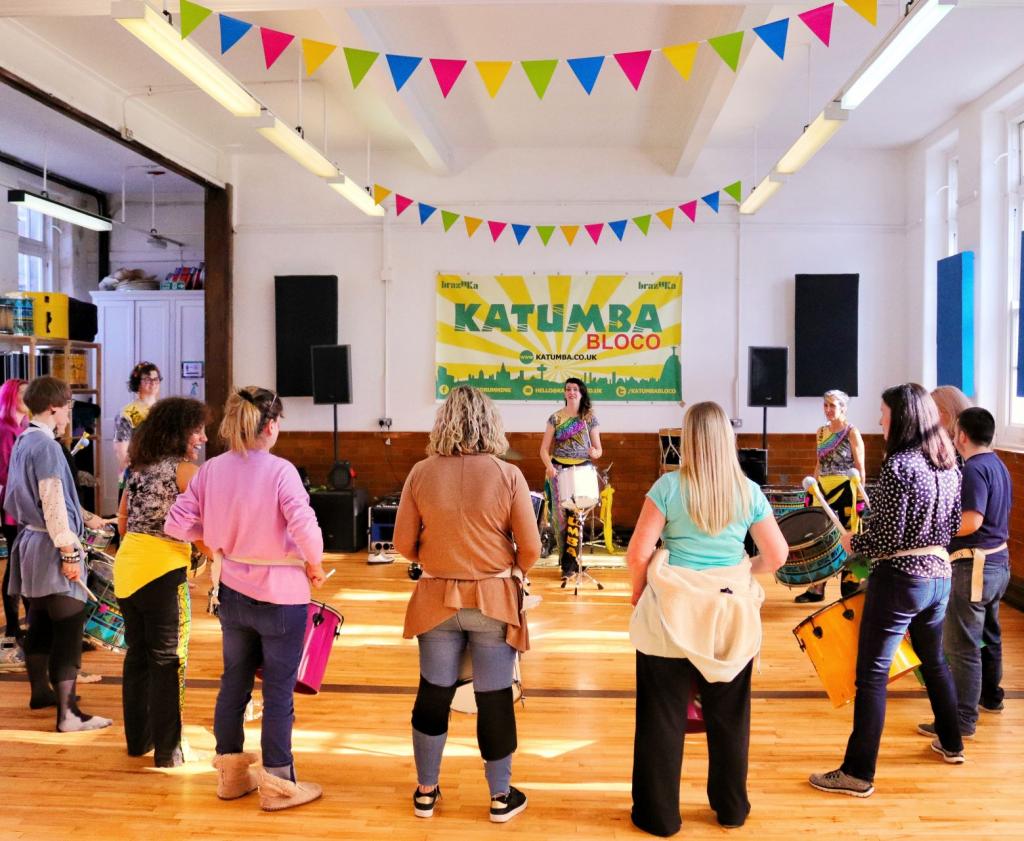 Katumba Team Building Workshops
This video shows one of our biggest teambuilding workshops yet, where we energised over 400 Brighthouse employees as part of their annual national conference.